Ever wondered if your counsellor has pets? You may already know the answer. Here’s the long overdue formal introduction! There are quite the variety of pets working behind the scenes at Limitless Wellness. Sometimes they are just there to provide us with company throughout the working day, sometimes they sit in on sessions and sometimes they are our doorbell, letting us know when you have arrived. All of them have one thing in common and that is believing they are qualified therapy animals; They aren’t though, so please don’t tell them! 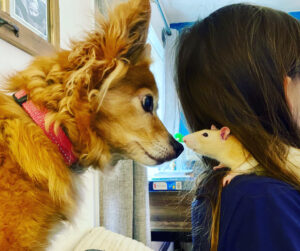 Speaking of the doorbell variety of furry companions, let me first introduce you to my two rescue mutts, Frank and Florence. These two are siblings and coming up on 11 years. They are yin and yang in personality, with Frank being the relaxed snooze master and Florence being a ball of nervous delight. We also have three hens; Shady Lady (the boss), Lady Red (the second), and Lady Lucky (aka Baby). These gals love to greet my clients in hopes of getting a treat. 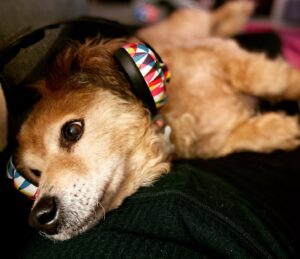 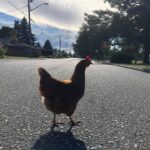 We recently took on a Fancy Rat, named Lady Peaches. She is the new star of the household with everyone wanting snuggle time with her. I can’t believe how suddenly I have gone from being terrified of rats, to now absolutley loving this smart and affectionate creature. Did you know that rats are as intelligent as dogs and capable of the same emotional attachment? I feel very differently about rats now. Animals invite such affection and love and this is what I appreciate most about our furry family members. No matter what is going on in our day to day, their character and affection can whisk our minds away to a place of calm. 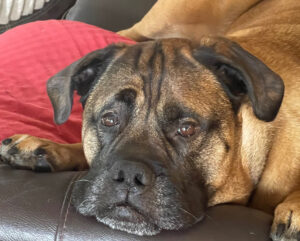 Now here is Bella. She is Ryan’s furry comrade and often joins him during his appointments. Ryan describes her as immensely empathic and she is known to rest her head on clients feet when she senses they are hurting. Bella is such a pro that she also gets invited to join clients on the couch, bringing companionship in people’s hardest moments. Ryan has three dogs and they are all attuned to his emotions and love him consistently everyday. 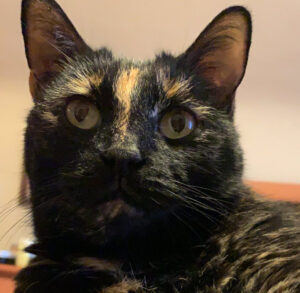 Next up we have “Buddy the golden-eyed hunter.” He is just one of Chrissandra’s two kitties. As I was talking to Chrissandra about her pets, she told me how Buddy was resting after his victorious win against a rat the night before. Needless to say Peaches is no buddy of Buddy!.” Chrissandra also has Frida, who as you can tell from the photo,  is regularly possessed by demonic spirits! Perhaps some Bio Tuning is in order here Chrissandra? In all sincerity though, Chrissandra feels her animals teach her patience, while emanating unconditional love. 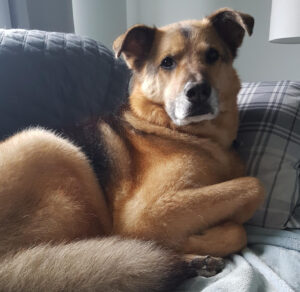 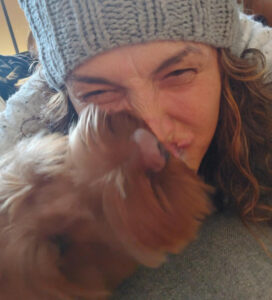 Last but not least is Laurie’s buddy Tucker. He is her brother’s dog but has managed to wiggle his way into Laurie’s heart. Laurie also has a rather elusive cat but despite my attempts, I have never met him/her. In fact I am beginning to wonder if this cat does exist or is just present in spirit form with Laurie?! It’s a mystery!

604-259-1254
info@limitlesswellness.ca
Offices in Nanaimo, Parksville, and Ladysmith, BC